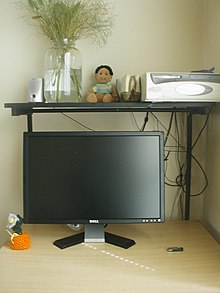 The Sony Xperia S and the Samsung Galaxy S2 are the manufacturers’ current flagship devices, both offering a number of great features. In this article I will compare the two devices so you can decide for yourself which one comes out on top.

The Sony Xperia S is the newest handset of the two, released nearly a year after the Samsung Galaxy S2, so naturally, it has some more up to date specs. These include a more powerful dual-core processor at 1.5 GHz, giving it substantially more computing power compared to the 1.2 GHz dual-core processor of the Samsung device. It also has a more advanced camera in terms of both its resolution, at 12 megapixels over the Samsung’s 8 megapixels, and it also has some more modern features such as 3D sweep panorama mode and Multi Angle modes. The screen is also an area where there are some notable differences. Although the dimensions of the screen are the same on both handsets, the Sony handset packs a whopping 720p (HD) resolution screen of 720x 1280 compared to the seemingly standard 480x 800 offered by Samsung.

Although the Sony Xperia S comes out on top in all the areas mentioned thus far, there are a few features where the Samsung Galaxy S2 is the clear winner. The screen may not have the resolution to match Sony, but it tests have already shown that its Super AMOLED Plus capacitive touchscreen offers better black display as well as wider viewing angles. Also, the handset comes with substantially more storage capacity. With two versions available offering 16 GB or 32 GB, the Samsung Galaxy S2 also comes with expandable microSD storage, providing much more potential storage capacity compared to the fixed 32 GB of the Sony Xperia S. Other areas where the Samsung wins include the weight of the handset (116 grams versus 144 grams), a higher resolution front-facing camera (2MP over 1.3MP on the Sony Xperia S) and even a more advanced version of Bluetooth despite being nearly a year older than its rival.

See also  Engaging Your Audience Online: How To Connect And Convert More Effectively Via Internet

Although the aforementioned features vary greatly in their importance and significance to the end user experience, there are also several features which these handsets share in common. Both offer 1080p video recording from their cameras, and both run Android Gingerbread with confirmed Ice Cream Sandwich updates rolling out to both shortly. Additionally, both also have hardware which is more than capable of running any apps downloaded from Google Play (the recently rebranded Android Market).

Because each of these handsets have a number of features which the other does not, it is hard to pick a clear winner. On paper, the Sony Xperia S may have the edge as the majority of its specifications are newer, but choosing between the two is likely to come down to preference for factors like the design or a particular brand over the other. Whichever you choose, you are unlikely to be disappointed. The Sony Xperia S offers some of the most up to date technology out there, whilst the Samsung Galaxy S2 has proven wildly popular; over 20 million users can’t be wrong!